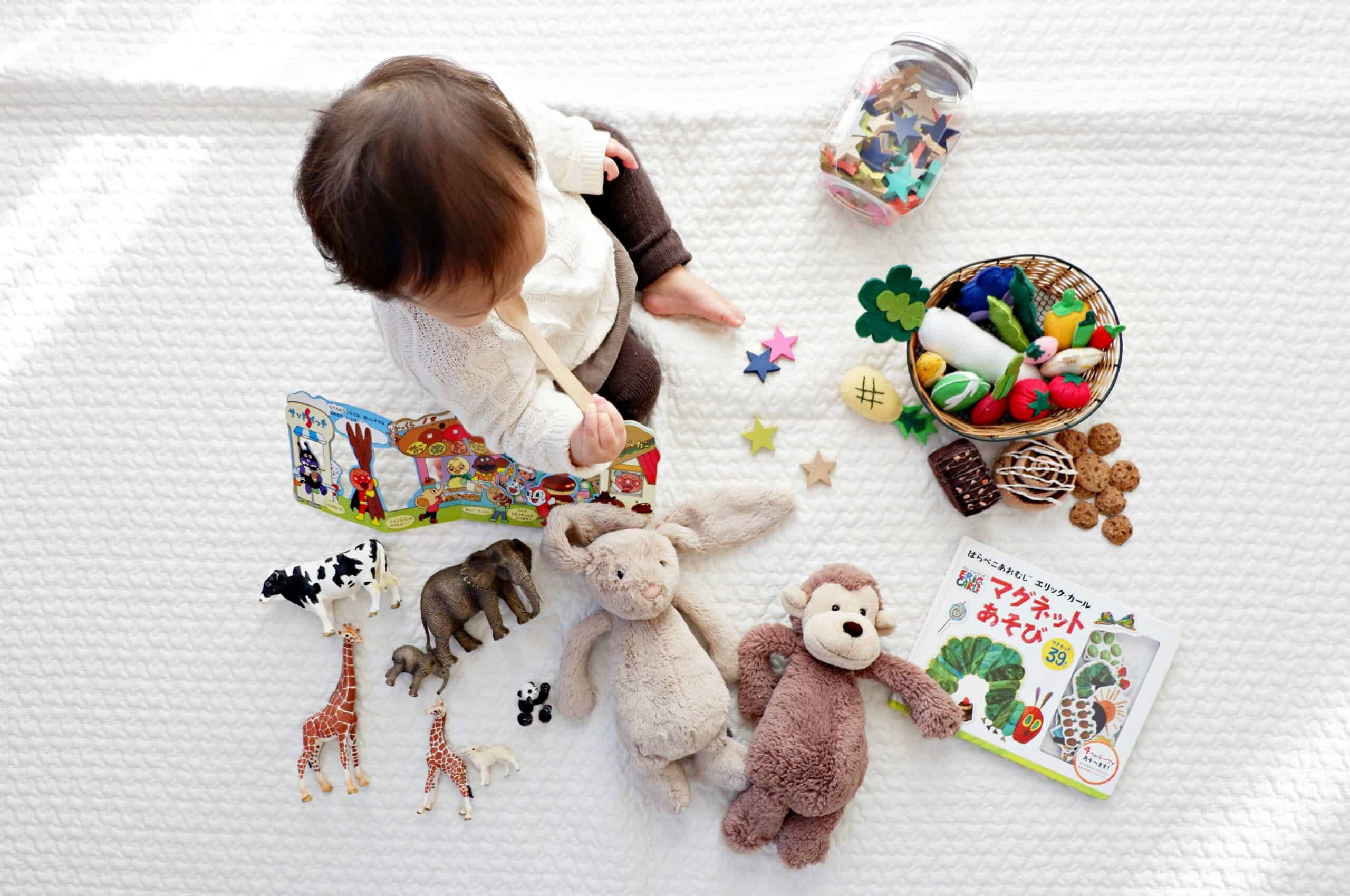 In this short guide, we answer the following question: How can I adopt a child from another country to Canada? We talk about the rules of adoption in Canada and the general requirements for international adoptions.

How can I adopt a child from another country to Canada?

If you want to adopt a child from another country to Canada, the first step is to contact your provincial or territorial adoption Central Authority. They will help you with everything you need to know and do regarding the international adoption process since you have to comply with the laws of both your country and the country the child is born in.

The provincial or territorial adoption Central Authority will explain the requirement of the Hague Convention on Intercountry Adoptions and will advise you regarding the laws of the country from where you want to adopt. They can also recommend and guide you towards an adoption agency from the respective country.

Of course, not everyone can adopt in Canada, and not every child. For this process to take place, you must meet certain eligibility criteria, which we will talk about a little later.

The next step in the process of adopting a child from another country to Canada is to initiate a process of immigration or citizenship.

Next, we will explain in more detail some of the processes mentioned later, so that the process you adopt is as transparent as possible for you. Thus, we will talk about: Criteria for adoption in Canada; the process of immigration or acquisition of citizenship and the Hague Convention on Intercountry Adoptions.

Adoption in Canada is a matter regulated at the provincial level, not federal so that each

provinces and territories have their legislation, policies and procedures.

There are five categories of Adoption Principles:

In the province of British Columbia (B.C.), the biological parents are who decide how involved they want to be in the adoption process. Thus, they can help choose the adoptive family and stay in touch once this process is complete.

The degree of participation of the biological parents in the adoption process varies. In B.C., the adoption of minors contemplates two options for their placement:

1) through an adoption agency until the latter finds a suitable adoptive family,

2) in conjunction with the adoption agency, to place the child with someone who the parents know (other than a relative). In this case, the potential adoptive parents are also evaluated by the agency.

The biological and adoptive parents have joint guardianship of the child until an order stating otherwise is issued by the court of adoptions.

Based on the principle of the best interests of the child, biological and adoptive parents are encouraged to negotiate an open agreement.  This agreement describes the different ways in which biological parents, relatives and adoptive family agree to communicate or be in contact with each other, once the adoption process is complete.

According to section 59.1 of the Adoption Act, the opening agreements have

as a purpose to facilitate communication or maintaining relationships.

A settlement agreement can also be entered into post-adoption (section 60, Adoption). In this case, any of the following people can register with the director province of adoption, to indicate your interest in entering into an opening agreement:

Finally, who appears as a father or mother in an original birth record, issued before the

adoption gives a written consent that he/she wishes to be or not be contacted by the person named as their son or daughter in the registry.

They can submit to the respective authority a written declaration of “no contact” (section 66.1, Law of Adoption). The same statement can be entered into the registry by an adopted person, older than 18-year-old who does not wish to be contacted by their biological father or mother (section 66.2).

Immigration or acquisition of citizenship of an adopted child in Canada

This is the second part of the adoption and needs to be completed only after the adoption process is finalized.

To apply for citizenship for your adopted child makes sure that he/she matches the following criteria:

It is important to remind you that this second process can only happen after you completed the adoption process first. Also, both stages (adoption and immigration) must happen and be completed before bringing your child to live with you in Canada.

The Hague Convention on Intercountry Adoptions

The Convention of May 29, 1993, on the Protection of Children and Cooperation in the Matter of Intercountry Adoption (HCCH Convention on Adoption of 1993) protects children and their families against the risks of illegal, irregular, premature intercountry adoptions or poorly managed.

This Convention, which also operates through a system of Central Authorities, reinforces the United Nations Convention on the Rights of the Child (art. 21) and “aims to guarantee that international adoptions are carried out in the best interests of the child and concerning their fundamental rights, as well as to prevent the abduction, sale or trafficking of children.”

Countries with restrictions on adoptions by Canadians

If you are willing to adopt a child from another country to Canada, you should know that there are some countries with restrictions on adoption by Canadians. Below you can find the complete list.

The following countries do not currently allow international adoptions:

Please make sure you check this list for updates, as it can change depending on a series of circumstances.

What are the requirements to start an international adoption process?

More and more couples choose to adopt minors of foreign origin since in most cases the waiting periods are shorter than if they were to do so in their country.

To know if you are suitable or not to carry out the procedures of international adoption, you must bear in mind the common requirements:

As for advice, if you are considering international adoption, it is recommended that you contact a family lawyer in your city, who will give you all the necessary details to begin the procedure and will guide you through it.

On the path of adoption you have to be patient but above all to have a lot of enthusiasm since it is a long process and sometimes there are unexpected delays. There is a significant disproportion between the number of international adoptions that are finalized and the number of applications made.

What children can be adopted internationally?

The adoption process for a married couple living abroad

The application process for a married couple living abroad begins when the public Central Authority or the accredited foreign body sends the application form and documents that the legal regulations require.

The documentation contained in the file is reviewed and analyzed by a psychosocial and legal team, to determine its suitability. If there are no legal and/or technical objections, they are entered into a Foreign Marriage Registry, remaining on the waiting list for the assignment of a child, according to their expectations and parental skills.

If any objection is found in the documentation, the applicants are informed through a letter addressed to the body that represents them, waiting for it to be corrected to proceed to enter them into the registry.

After selecting a family that meets the appropriate profile to assume the adoptive parenting of a child who hopes to be adopted by a family residing abroad, an assignment proposal is made, through which the sponsoring foreign body is formally notified. For this purpose, the most relevant background of the child is attached to this assignment, which allows the family to decide if they have the capacities to assume it or not.

If the assignment is accepted, the Central Authority of the offering country issues a document confirming their consent and, subsequently, the marriage documentation and the child’s background are sent to the region where the child resides, to start the adoption process.

In this short guide, we answered the following question: How can I adopt a child from another country to Canada? We talked about the rules of adoption in Canada and the general requirements for international adoptions.

If you want to adopt in Canada, you must be a Canadian citizen and be at least 14 years older than the person adopted. Make sure you follow advice from your provincial or territorial adoption Central Authority, who are the best in guiding you through the whole process.

If you have any questions or comments on the content, please let us know.

FAQ on How can I adopt a child from another country to Canada?

How much does it cost to adopt a child from a foreign country?

The costs of adopting a child from a foreign country are in between  $20,000 and $40,000. Travel expenses, medical and psychological assessments are included in this price.

What is the cheapest country to adopt from?

Some countries that are known to be the cheapest country to adopt from are Jamaica, Ethiopia, Ukraine and China.

How long does it take to adopt a child in Canada?

It may take any time from 9 months to 9 years to adopt a child in Canada. The time depends on the type of adoption, the eligibility criteria and other factors.

How much does it cost to adopt in Canada?

The costs of adopting in Canada are between $10,000-$20,000, depending on several factors. The total sum will include fees paid to adoption agencies, attorney fees, travel expenses for the parents and the child.